"What a boring weekend...", I thought, while aimlessly surfing the internet yesterday. I had just started getting active on Twitter a couple of weeks back and so was into exploring more about it. Since last week I had started "following" Ameera Al Hakawati, the author of the book Desperate In Dubai, which I had reviewed on this blog earlier this week. She tweeted that her book review was published in one of the leading national newspapers of the UAE, namely Khaleej Times(KT) and I decided to check it out. I started reading the review - and couldn't believe my eyes!! I ran my eyes over it again - and again - but no matter how many times I read it, I still couldn't believe it. What couldn't I believe you ask? The words. They were mine.

Wait a minute! That look familiar!

Was I imagining things? I quickly called my husband and asked him to read both the review on my blog and the one on that newspaper. He did and confirmed my suspicions. The writer had shamelessly lifted half of my review and coolly passed it off as her's! I was so shocked that I immediately replied to Ameera's tweet saying that the review has been copied and she responded saying


AmeeraHakawati
@annejwrites I noticed that! I thought u two were the same person that's how similar they were! What are u going to do about it?!
Smelling something fishy, I decided to comb the internet for other reviews of the book and voila! What do I find? The writer had cleverly copied a few lines from several other sources - a paragraph from here and a paragraph from there - and there you have it! A full article which you can proudly announce as written by you. I did a quick search on Copyscape for my blog review page and it promptly threw up the other review. Here is a snapshot 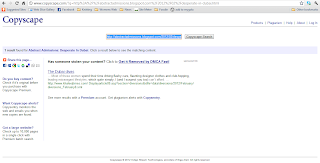 Whatever happened to ethics & standards?

I have heard so much about plagiarism but never thought that I would be a victim of it. Much less, to a well-known national newspaper!! What is worse is that the writer is actually an award winning journalist! I just cannot understand why an award-winning and experienced journalist had to indulge in such deplorable practices. I was not asked permission nor was I given credit, at the least I wasn't even notified. I immediately wrote to both the editor as well as the writer, a Ms.Raziqueh Hussain, but unfortunately neither have bothered to respond, nor has the offensive review been changed or taken down. I too am part of the media industry and I know how much I have sacrificed and struggled to be where I am. Apart from being disappointed with the total lack of journalistic ethics, it is also deeply painful to see my work being misused in such a way.

I did not want anyone accusing me of telling tall stories and spreading false claims and so I took screenshots of the original article as well as the sources from which they have been plagiarized from. Note the lines circled in red - those are the lines that have been specifically copied with a few words possibly changed here and there.

The evidence speaks for itself 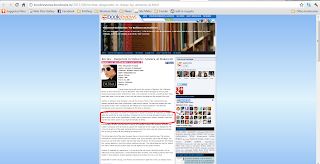 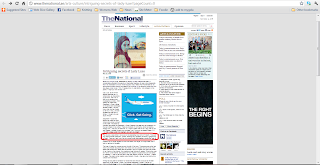 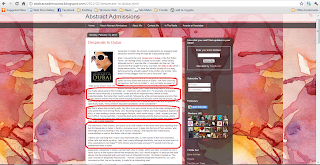 I know that it is quite difficult to make things out from the above snapshots. So here is a clearer picture:

Quoting a well-known blogger, Shail, "...what makes people not even try to have an opinion, a liking of their own? What’s so great about copying someone else’s work and being praised for it? Even if you aren’t caught by others, doesn’t your own heart know the truth?!"