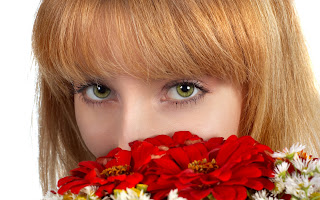 I have always suspected that, in my previous birth (if such a thing exists), I was born a dog.Not because I am forever loyal, welcome you home with a wuff and a wag, fetch your newspaper, look at you with adorable melting eyes or drop hair all over the couch (though I must say that this does tend to happen a lot!).
Rather, the reason for me saying so is that, ever since I remember, I have had a strong sense of smell.
I was always able to sniff out what is cooking in the kitchen -or even in the neighboring house sometimes-much before everyone else. And I can always sense the smell of close people. I do not mean their perfumes or soaps or talcs or deos. Neither do I mean perspiration. I am not talking about times when they step freshly out of the shower or after they return from a tiring afternoon cricket match. Here I am specifically talking about each person’s unique body scent. For instance, I love my dad’s smell. I do like my mom’s smell too but my bro’s is a definite no. I think Ajay smells nice too-kinda sweet.But of course, this makes life difficult for him, coz I can easily sniff out and detect any traces of cigarette or alcohol ;-)

Also I feel that each place has a different smell associated with it. I could never figure out how my home smells exactly because I suspect that I have grown immune to it-much like we do not smell our own perfumes sprayed on us as intently as others near us do. But my grandma’s house has a specific, comfy smell to it. My office has a very familiar one. More than the 5* bakeries which smell too clean, the small bakeries around my neighborhood tempts me as the smell of freshly baked bread wafts out.
And one of my most favorite smells in the world – the smell of books, bookshops and those old dusty libraries at the street corner. This is what half my childhood was made up of (Yes I do sound like a nerd!) I always take a deep breath when I cross those libraries and I often close my eyes and bury my nose into the middle pages of a well-read book. Mmmmm! Actually I think a used book smells better than a brand new one :-)
A close second favourite , would be the smell of freshly crushed/mowed grass – it sooo reminds me of walking barefoot on dew drenched grass at the Marina Beach back home, when I was a kid.
And how can I miss mentioning the divine smell of the earth as the first few drops of rain splatter onto the parched sands. Obviously, I do also enjoy the smells of good food or pretty flowers as much as the next person.

I guess for each smell around me, I have a related memory stored somewhere in my sub-conscious mind. That is why smells of rich, ripe and luscious mangoes invokes memories of hot and humid Indian summers, crushed flowers and burning incense together always remind me morbidly of death, even if it is at some other auspicious occasion,
the ‘new clothes smell’ serves as ‘Ghosts of Christmas’ Past’ – as Scrooge would have put it, the pure, pleasant smell of babies reminds me of soft, cuddly balls of cotton-wool, the aroma of burning candles and melting wax takes me to cool, semi-dark and peaceful Churches whereas burning oil and wicks remind me of Temples,
the heavy, acrid smell of crackers serve as a reminder that the much awaited Diwali day is over and it is the morning after,
Petrol reminds me of the days that I used to go with my dad on his scooter to petrol bunks and dip my small hand into the funnel to feel the cool liquid rushing around my little fingers as the attendant pours it out-BTW I luurvvee petrol smell too-almost makes me want to drink it!! Though I hate diesel smells-that makes me sick - and it always reminds me of bumpy rides on loud and over-crowded city buses.
Freshly washed bed sheets remind me of lazy, cozy times spent lolling around in bed.
Oh and I really love the smell of a newly cleaned and scrubbed house–when I sit back tired from all the cleaning, it’s so much worth the effort!
In the US, I used to live in a building predominantly occupied by Indians. So whenever I used to step out of my apartment, my olfactory senses were assailed by an onslaught of powerful Indian cooking-curries and spices and masalas and what not!! Gave a sense of home!

Of course, I do not like all the zillion smells that abound on this Earth-for example, people in Chennai, have you ever tried lifting an Aavin milk packet in your hands-afterwards your hands stink to heaven!! After the first few times, I made it a point to pick them up just by my fingertips.
Incidentally, this was one of the major reasons I didn’t want to get married to a doctor, however noble the profession of saving lives may be. I always feel that there is a slight trace of something antiseptic –smelling, like the Hospital that clings to them –reminds me of sickness, long white corridors and even longer queues with worried faces in the waiting rooms.
Nor would I delight in a Smelly Cat as much as I like Phoebe and her song! And for all my love of water and beaches, I do not particularly like the salty and fishy smell of the sea. Or the Cooum (the Buckingham Canal, if you prefer that!), the Railway Stations or the trains themselves, the dirty Public Toilets that those state transport buses stop at in the middle of the night-all fall into the ‘Yuck!’ category.
In fact, I remember, when I used to travel by my company bus to my office, the bus always used to cross a long stretch of a dumping yard in the city outskirts. In an instant, all windows used to slide shut with a snap, all dupattas and hand kerchiefs used to reach for their owners’ noses and all faces would twist into grimaces. Someone even used to spray some room freshener inside the bus!!
I have heard many foreigners, comment that the moment you step out into India, you smell a whole lot of things all at once! I suppose that is indeed true! Growing up in India has been such a colorful, interesting, vivid and smelly (both good and bad!) experience!
Posted by Anne at 11:45 AM