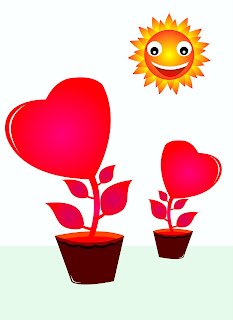 I often wonder how some men can hit on women publicly without any kinda shame! Especially with the advent of social networking, I must say it has reached amazing new heights. I am sure all you women out there would have received your fair share of unsolicited “do you wanna make frenship to me?” Huh?!??!
I used to think that a relationship status of "Married/Engaged/Committed" would change that but I was mistaken.
Recently I came across a series of comments on some photos of a very cute friend of mine which made me go “Dude for heaven’s sake get a grip on yourself! Agreed the girl in question is pretty but do you really have to be so embarrassingly obviously drooling?!?”
And then of course there are the opening/pick-up lines that you get. A few of my most memorable ones:
Most people who studied with me should know this by now. It was just another boring day and there I was, standing sleepily at the bus-stop waiting for the college bus as usual, when this college-mate of mine walks up and says Hi. Friends had already made me aware of the fact that some sly teasing was going on, what with everybody shouting out his name loud whenever I was somewhere in the vicinity and the veiled suggestions thrown around and such silly things that only college guys are capable of. But this was the very first time that this person was actually talking to me.
So I say my Hi back and we chat for a couple of minutes about some general stuff and then as I wait with bated breath and clammy palms, suddenly, without any warning, he pops the question.
What question you ask?
It could have been a harmless “Shall we go out for a coffee?” or a bold “Could I please have your phone number?” or a flattering “How come you are so beautiful?” or even an absolutely insane “laechi pothama?” (Shall we elope?”)

But no. Not to be.
The question was “Why are your teeth like this?”
Ahem! What on earth can you answer to that?!? Mortification.
(In my defense, my teeth weren’t THAT bad.) BTW I endured the terrific torture of braces for a year and now my teeth are just perfect. So there!! Hmph!

Let us fast forward to a few years later. It is again one of those days when the office bus has gone and jammed itself in the never-ending evening traffic. I am staring blankly out of the window, lost in my thoughts and waiting to get home, when I hear this “I am hungry because of you.”
I turn around and give a “Are you talking to me?” look to this guy sitting next to me and say “Excuse me?” And he says “I was so famished and so I got a sandwich-but now you are sitting next to me and I can’t eat it while making you watch.”
OK now what makes this guy think that I am interested in watching him-eating or otherwise?!? I say politely, “No problem. Please go ahead I don’t mind” And then he does eat while at the same time talking incessantly and boring me to death. Eventually his stop has come and I am about to heave a sigh of relief. Just before getting down he adds “Your earrings are beautiful” Man, Are you gay!!?! I mean come on now! How many men do you really know who even notice let alone actually compliment your accessories- especially without asking??!

I guess growing up, everyone had a few crushes and some secret admirers. Looking back, I remember my very first admirer. I studied in a girls' school and so my contact with guys was limited to family and at the most a few of my brother’s friends who generally never even acknowledged my existence. It was only when I started going to tuitions in my 10th std, in order to prepare for the ever-threatening board /public exams that I actually met a few guys.

Now coming to my first fan. Lets call him G. He was this guy who was also writing the 10th exam but he was elder to me coz he had flunked his public exam (I suspect quite a few times.) He was the one who used to do all the yedu-pudi (miscellaneous tasks) for the math master, like going to the grocery nearby or paying bills. He was always untidy with unkempt hair and a few top buttons of his shirt undone nonchalantly (Why do guys think that this is macho??)

Back then I used to cycle to school. G used to wait patiently in a side street on his own cycle. As soon as I passed this street, he used to come cycling by, overtake me and then cycle in front of me all the while doing some antics-like cycling with both hands in the air or ruffling his hair or standing up and cycling or something of that sort! Ditto when I cycled back home, as well as to and from the tuition itself.
Never once did he actually stop me or even attempt to talk to me. Soon after we shifted home and I have no idea what happened to him. It was all very amusing back then and downright funny to think of now. But yes, he was the very first person who made me realize the astonishing fact that boys could be attracted to me!! It did wonders to my feminine ego ;-)

This is all very one-sided isn’t it? It wouldn’t be fair to suggest that I never had any crushes. Of course I did. My very first crush – SRK!! Shah Rukh Khan!! Sighhhhh!!!!!! Oray lowweeee!!! The first movie of his that I saw was Baazigar and I really cried heartbroken tears when he died at the end :-(

So what about you? Who was your first crush/admirer/fan??

Image Courtesy: www.dreamstime.com
Posted by Anne at 10:35 AM