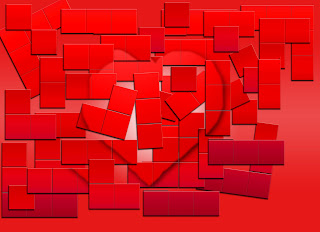 I read in the news today that Courtney Cox and her husband have separated after more than 10 years of being together. Makes me sad :-(
Of course, celebrity splits do happen on a regular basis, but I guess I always see Cox as Monica of Friends and who would want Monica to be unhappy???

But it also led me to wonder, as I have often wondered, what makes people split up after 10 or 20 or sometimes even 30 years of marriage?
A divorce within a year or a few years – maybe I can understand.
But after being soooo many years with a particular person, even if you don’t like that person much, wouldn’t you atleast be used to him/her by then?
As it has often been noted, human beings are extremely resistant to change. So if you have been around someone so much that you know him/her and his/her way/habits as well as yours, what would make anyone throw away all the efforts in all those years? Doesn’t it take an enormous amount of energy and strength to rebuild your life again all by yourself?
Or even if you find someone to help you out, you again have to start forging a relationship from scratch. Afterall a relationship requires lots of emotional investment.

Or is it precisely because of this that couples who have been married for decades together separate?
Maybe because, they have come to a point where they know each other so well that everything has become too predictable, boring and monotonous. It seems like they are stuck in the bylanes of their well-known neighbourhood instead of being in an exotic adventure discovering different things. Maybe they miss the hidden charms and sweet surprises that one experiences in the fledgling stages of a relationship, when everyday brings new revelations.

Being only a year into married life and also never having been a celebrity as well as coming from a typical-Indian-Middle-Class background , I admit that I am hardly in a position to understand or judge these situations.
All I am doing is thinking aloud…

Image Courtesy: www.dreamstime.com
Posted by Anne at 10:40 AM