Not my cup of tea! 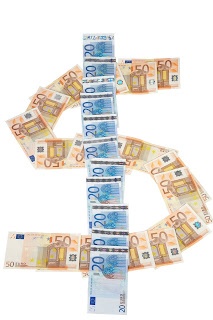 Ladysfinger, or okra according to my internationally settled friends, is one of my favourite vegetables. Yet contrary to the old wives tale of ladysfinger giving one an aptitude for mathematics, I was-am-will be terrible with maths. It was the only exam (apart from Tamil) for which I used to sit up late, wake up early, cry buckets and worry myself into a fever.

So my family was justifiably surprised when I took up a job in Finance a couple of months back. Well if you know me then you probably also know that I am a software engineer and a budding journalist. But I just randomly saw this ad in the paper for a walk-in interview scheduled for the next day and thought I would give it a shot.

The interview lasted for approximately 2 minutes, as I had no clue about finance/sales/marketing and the interviewers had no idea about software engineering. Somehow I landed the job (applause!) and decided to try it out just for the heck of it.

I quote Chetan Bhagat here “It is bad news when you hate your job in the first hour of the first day of office”. I agree whole-heartedly.

I was supposed to sell car insurance as well as savings accounts to prospective clients. ME??!?? Car Insurance?!?? Okay I had about 1% knowledge of cars in the first place. There were only 2 kinds of cars according to me-big cars and small cars.
4 wheel drive? Didn’t all cars run on 4 wheels??!!
Saloon? Isn’t that a synonym for barber shops??

I went back home and cribbed my heart out to my husband. Aware that this was just the first of many similar-complaints & cribbing-filled-evenings, he said “Okay quit if you don’t like it”

But I had just blown away a good part of his salary to buy myself some work wear (just an excuse to go shopping!) and felt a teensy weensy bit guilty.
So I closed my eyes and conjured up my motivational image, namely mall-hopping!! Then I took a deep breath and decided to hang on for some more time.

Once training was over, I started selling-or atleast started trying to sell.
Here are a few samples of the conversations between 3 of us- My Mouth (MMo), Client(C) and My Mind(MMi).

MMo: Sir this is so-and-so from *******, regarding car insurance. May I know if you own a car?
C:Yes yes I already have credit card.
MMo: No sir not carddddd – am talking about carrrrr.
C: No no I don’t want car!!

MMi: Okay so you thought some random person would call up and offer you a car??!? Keep dreaming dude!

C: You know, fortunately or unfortunately my wife’s name is also Anne.
MMo: Oh is it sir!? That is such a nice coincidence!

MMo: Sir, our insurance covers your car against natural calamities such as floods, earthqu-
C: Dear what happens here is not called floods-go to Pakistan that is what is called floods!!

MMi: Why don’t you go there and drown yourself?!??

MMi: Because I do not need to know alllll the languages of the world!!!! Y don’t you know English anyway?!!!!

MMo:Sir, did you receive the application form sir-I had emailed it to you a couple of hours back.
C: Anne I have a job here. I cannot keep checking my emails.

MMi: Okay then why did u ask me to email it to you, you moron!!

MMo: Sir, our insurance covers your car against natural calamities
C: Okay so what if a cat scratches my car?

MMo: Standard greetings & introductions
C: See what is this? Early morning you are asking me about car insurance?!??

MMi: Okay if 10 AM is early morning to you then what do you call sunrise time? Midnight!?!??

C: I want to open a joint account for my wife and myself.
MMo: Sure sir, can I have the contact details of both of you?
C: Why? Are you going to call her up and check if she is my wife??
MMo: NO sir, we just need those details to fill up your application form.

MMo: Sir would you like to open a free savings account with us?
C: Madam I am a poor man. No money to save. If you give me money I will open the account.

MMi: Well if I had sooo much money as to distribute to random strangers I wouldn’t be doing this job would I now?!?

I had actually wanted to note down the various responses from people but due to tight schedules I couldn’t and now I can’t recollect man of the notable ones.
Anyway after numerous clients, hundreds of calls, unrealistic targets , a monotonous routine and a realization that the only happy thing about this job was the paycheck-I quit. So here I am back to what I like doing best!! If you have noticed, there has been a gap of more than 2 months between this post and my last one. Hopefully I would be more active on blogger now!

Image Coutesy:http://www.dreamstime.com/
Posted by Anne at 10:46 AM

Email ThisBlogThis!Share to TwitterShare to FacebookShare to Pinterest
Labels: Work