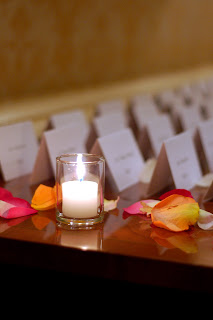 So if you are a crazy Friends fan like me, then you will probably know that I am referring to the episode when Phoebe realizes that she can change her name. Most of my friends have a different surname now. Actually some even have a different first name-but that is a different story for a different day. For almost 2 years now I have been confused. Agreed that I am highly prone to confusions, but here is yet another dilemma that I still haven’t solved.

It is a common practice to either substitute or append the husband’s family name to one’s own post marriage. At the place where I come from, usually there is no concept of “family name.” Women just substitute their husband’s name instead of their own dad’s name. So if AB marries XY, A being the woman’s name, B the woman’s father’s name, X the man’s name and Y the man’s father’s name, she simply changes it to AX, or sometimes AB-X.

Now lets talk about my situation. Firstly the name that my parents chose to bestow on me is by no means short. Although it isn’t the longest in the world, it is long enough to make me run out of the tiny boxes available on application forms, thereby leading me to cramp up all the remaining letters. Anyone who has ever asked me my full name, always asks for a repeat with either raised or scrunched up eyebrows.

Anne Mary Prinita J. So I have a first name, 2 middle names and an initial, which expands to John, my dad’s name. Anne is what I am usually called outside of home, with Prinita being favoured at home. And yes I know that Anne is phonetically Ann and not Annie-but well if people can call me Anni (meaning sis-in-law in Tamil), Anna (meaning brother in Tamil), Aani (meaning nail in Tamil) I figure that I can pronounce myself Annie. And by the way, does anyone realize what a big pain having a name starting with A is??! You get called first for every damn thing starting from interviews to exams. You have hardly any time to prepare and absolutely no idea of what lies ahead. Unlike people whose names start conveniently with anything other than A. They can always get information about what to expect from you. Poor scapegoat!

Anyway back to the topic. Recently someone messaged me on Facebook saying, “Hey how are you? And how is John? You both make a great couple!”
Well thank you very much my friend. Myself and John are fine indeed but FYI (Yes now that is an actual word. They added it to the Oxford Dictionary. OMG!) John is my dad!