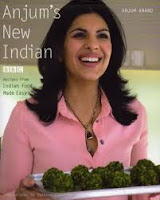 I am a bookworm. Of all my hobbies if I have to choose only one, then it would be reading. I read almost anything and everything. When I had to live alone for months together without TV or Internet, one of the main reasons I survived without going mad was books.

I actually started reading quite by accident. My brother is also an avid book reader and being 6 years elder to me, he used to read/still reads a lot of books. At around 7 or 8 years of age, having a lot of idle time to kill, I started looking through the pictures of the comics that he had. It was a Little Archie book and I was so engrossed in looking at the pictures that my dad thought that I was reading earnestly and said something on the lines of “Good! You have also started reading. That is a good habit!” Having been thus (falsely) appreciated, I was too embarrassed to admit that I was only picture-gazing (Cmon! I was only a small kid!). But I felt a little guilty and so thought that I might as well read the book (See? I was a good kid.). And thus started my reading odyssey and from then on there was no turning back (the pages), so as to speak! Aside my school library, the first library I was a member of was Rajeshwari Lending Library on Kutcheri Road, Chennai. Later on I joined the Eashwari Lending Library in Gopalapuram – a small hole in the wall place, which has grown into quite a large franchise now! Every Saturday used to be ‘Library Visit Day’ and was eagerly looked forward to. If for some reason the trip got cancelled, I used to be terribly upset.

Starting with comics like Archies, Tinkle, Phantom - The Ghost Who Walks, Mandrake - The Magician, Spiderman, Superman , He-Man (you must understand that my reading choices were greatly influenced by my bro!), Casper - The Friendly Ghost, Richie Rich - The Poor Little Rich Boy, Jataka Tales, Panchatantra I think the first novels I ever read were by the quintessential kids’ favourite author Enid Blyton. (For a long time, for no apparent reason, I always imagined Enid Blyton as a guy.)

So then, after devouring all the Famous Fives, Adventurous Four, Secret Seven and even the Faraway Tree series among others, also boarding school stories like St.Clare’s and Mallory Towers, I went onto adolescent detective series like Nancy Drew, Hardy Boys, Perry Mason, Agatha Christie and The Three Investigators. In between I also read loads of other stuff like Sweet Valley and a Tom-Sawyerish-series whose protagonist was called William, although I can’t remember the author. Then I grew up a little and started on Sidney Sheldons (and for a long time I thought Sidney Sheldon was a lady), Jeffry Archers, John Grishams, Erich Segals, Robert Ludlums, Ken Follet and Stephen King. Later my tastes diversified and now I read a whole variety of authors including J.K.Rowling, Paulo Coelho, Mario Puzo, Ayn Rand and the list goes on - much too long to list everyone here plus I'm sure to miss out on many! Also there were a lot of classics and miscellaneous books thrown in like The Hunchback of Notre Dame, Gone With The Wind, Diary of Anne Frank, Oliver Twist, David Copperfield and such fare along with all the non-details books at school such as Heidi and The Scarlet Pimpernel. Lately I’ve been trying to read more Indian women authors like Anita Nair, Janhavi Acharekar, Rupa Bajwa, Anita Jain not to mention a whole lot of time-pass magazines. I must say here though, that my brother’s and my tastes have grown quite apart over the years. Being the hot-shot banker that he is, he reads lots of boring (to me) finance, banking, and business related books.(I know you are reading this ;-)) On the other hand, my husband is also an ardent reader, but he refuses to read any non-fiction books. (You STILL haven't read the very first book I gave you! Hmph!!)

So coming to the point of this post. I had spoken about my love for cooking shows here. But for all my ramblings on how much I love books and cooking, I happen to own just a single cookbook, 'Cakes & Bakes', which I had picked up at some book fair. Much before I even started cooking, I had created a scrapbook of sorts, noting down recipes that I would like to try out alongside some drool-worthy pictures that I cut out from newspapers or magazines. Unfortunately, after I actually started cooking, I could not find that scrapbook :-(

After regularly blowing away a huge chunk of money on buying books, the husband and I decided to go frugal and enrolled at the Public Library here. So on every trip I make sure to pick up an interesting cookbook. One such book, I picked up was Anjum's New Indian, by the BBC celebrity chef Anjum Anand. I have not seen any of her shows so I wasn't sure about trying out her recipes but I did anyway. I must say that all turned out to be yummy! Although I did increase the heat quotient significantly as her chilli quantities seemed rather tame-more suited for the "firang" tongue! The book is organised into sections for Light Meals & Snacks, Seafood, Chicken, Meat, Vegetables, Beans & Lentils , Rice & Bread, Raitas a& Chutneys and Desserts. So far I've only tried out some chicken recipes (Sorry NS!) including Punjabi Chicken Curry, Black Maharashtrian Style Chicken, The Raj's Chicken Cutlet, Punjabi Chicken Curry, Goan Chicken and Potato Stew and Chicken with Pickling Spices but I soon intend to try out a few dishes from the other categories too.

Even with all the lovely cooking blogs that one can find at the touch of a button these days, I still enjoy cookbooks. I really like going through the list of ingredients and ticking them off in my mind and comparing the processes involved. But most of all - here I touch base with some primal, subconscious urge - I absolutely adore gawking at the pictures! And if they come accompanied with interesting stories or anecdotes, what's not to like!? Beautifully illustrated cookbooks are such a joy to behold!

And therefore, this Wednesday's Wishlist Item is Cookbooks!
Posted by Anne at 4:19 PM